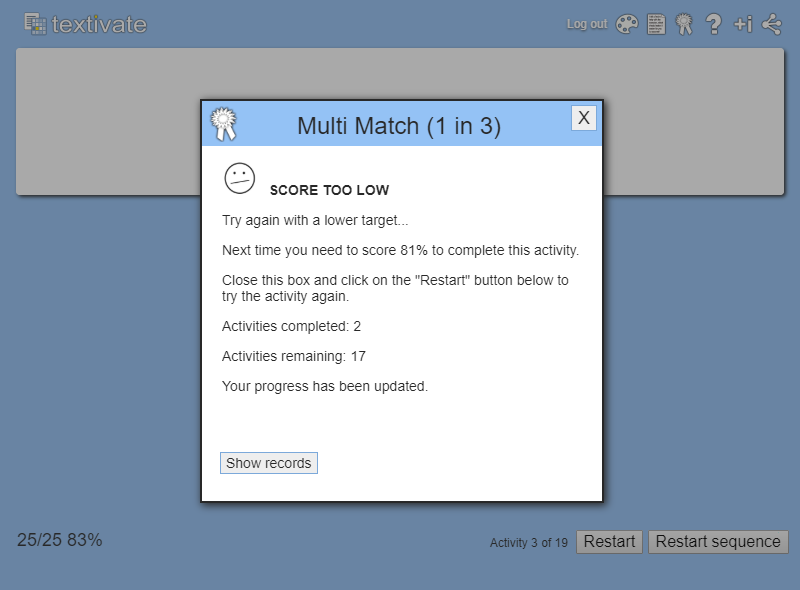 "Textivate keeps asking me to do a sequence activity again because my score was too low, even though it was higher than the target..."

I get this sort of query a lot. Look at the image and you can see where the confusion arises: the student is told that the score is too low, because they only got 83%, and the target is 81%. But all isn't quite as it seems...

What is happening here is the following: textivate reduces the target score by 10% each time the student fails to reach the target score. This is so as to avoid a situation where a student is unable to pass an activity because of one little mistake.

It's actually there to help the student!! Without it, he would have to keep on trying until he got the initial target for that activity (which could be anywhere from 50% to 100%, depending on how it was set up by the teacher).

I hope this helps explain what's going on when you see this sort of thing. Remember, it's actually there to help the student.