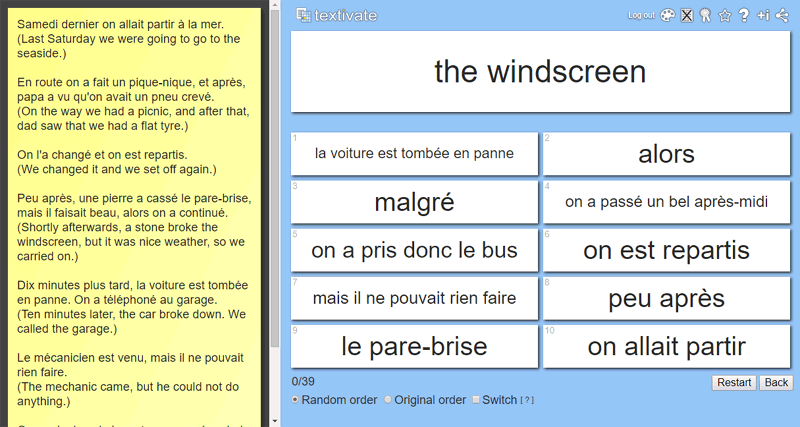 Just something I was playing around with today, sort of based on this idea on "Using mini dual texts to present vocab in context in MFL lessons" from the TaskMagic blog.

I thought it would be nice to make both the L2 and the L1 text available at the same time as a parallel text along with vocab activities, as a way of drawing students' attention to how the sentences break down (and, conversely, how the chunks of meaning are fitted together to make sentences).

I'm not entirely sure if the end result is worth the effort. What do you think?

>> Here is the 1 in 10 vocab activity shown in the image above << Here, I've fine-tuned the URL so that the vocab appears in the same order as in the text, making it much easier for students.

Or how about the same thing, but where students need to type in the French, as in the image below? 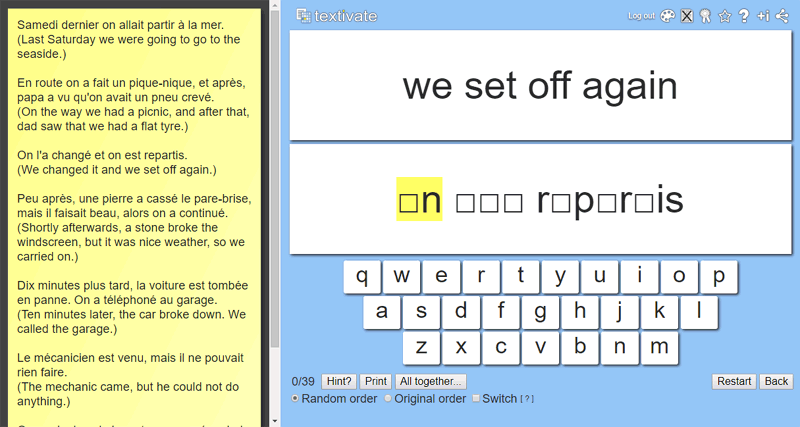 Here are some live examples. You can specify whether the vocab questions appear in random order or in the original order. Original order is much easier as students simply work their way through the parallel text without having to search each time. The examples below use the original order.

The 1 in 10 activity plus any one of the above would make for a good flipped sequence.