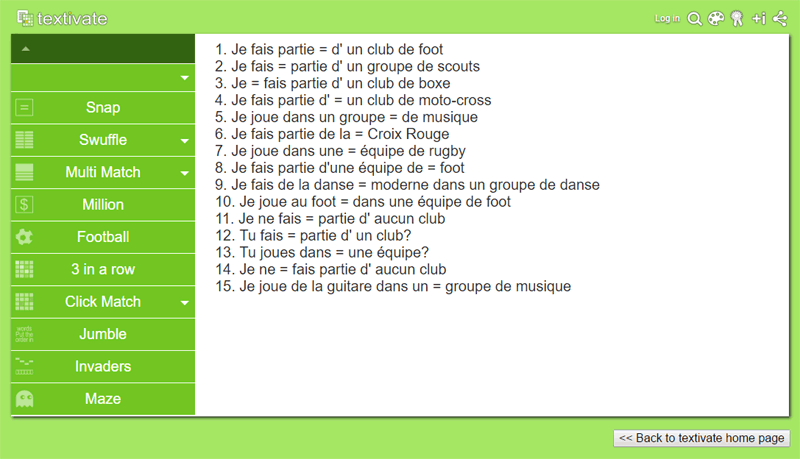 The key thing to remember when making matching resources based on matching sentence halves is that the matches should be exclusive - i.e. you should make sure that there is only one sentence end that could possibly go with each sentence starter. It's no good making a resource based on the following data:


...because any of the ends can match perfectly well with any of the starters.

Instead, you need to do this sort of thing:

...so that each match is exclusive.

The screen image above shows a textivate Match resource which has the following characteristics:

How to make a match resource with an input (understanding) focus

How to make a match resource with a production / output focus